Who is Rakesh Master?

As we have already discussed about Rakesh Master Choreographer. He is basically from Hyderabad city in India. His schooling and graduation were done from the college in Telangana itself. Rakesh Master Age was only 10 when he watched the movie disco dancer and decided to become a dancer. He did not found any teacher nearby his house. So he learned everything about dancing by watching movies or dance videos. From childhood, he used to watch various dancing songs. He also started giving classes to others students with the same passion for dancing. Rakesh master choreographer used to charge only 5 rupees for teaching dance.

Once he went to Madras city to try his talent in the movies. He joined an audition. After visiting there he realized that there is no value for his talent. Then he decided to come back to Tirupati and run the choreography institute.

Finally, the time came for Rakesh to represent his talent on the big screen. He started his carrier with a small movie. In this movie, the comedian Ali was playing the role of a lead actor. After this movie, he worked with a lot of actors and actresses. You must have watched the dance reality shows. He also participated in such dance reality shows to show his talent for dancing. There was a reality show named Dhee. He participated in the Dhee reality show. Once it was a big entertainment show. Rakesh master choreography is popular for different styles of dance moves. This quality-made him more popular in the dance industry.

In his choreography journey, raakesh worked with big stars named Venkatesh, Nagarjun, Mahesh Babu, Ram Pothineni, and Prabhas and as well. In some of his interviews with media channels, he talked about his income. He told that he was not getting paid enough as compared to other choreographers in the dance industry.

Rakesh gave credits to his best friends named Venu Paul, Prem Gopi, and Girish for helping him in his dance journey. In his interviews held with the media, he mentioned the names of his friends. He told that these are the people who helped him a lot during his dance journey. The actor named Tanikala Bharani also guided him about, how he can get more chance to show his talent in the movies. Various dancers and choreographers praise him a lot today also.

So, this was the so far journey of Rakesh. Hope we are able to explain to you much about him. If we get to know him more then we will add more information about him. 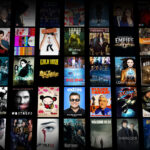