Why Choose Elixir for Software Development

Over the past few years, the programming language Elixir has gained a lot of mention in developer communities. Elixir may not have been on the radar for most developers until recently. When it became known for its use in apps like Discord, Pinterest, and Moz. Elixir is relatively newer, but gaining traction for powering not only instant messaging apps. But also fintech, eCommerce, and IoT.

Elixir is the work of Jose Valdim, a Ruby developer who designed the language to handle back-end concurrency problems that the Ruby language couldn’t handle. The software was developed in 2012. It is a dynamic, functional language built on top of Erlang’s Virtual Machine. As a powerful language itself, Erlang was designed by Ericsson telecom in the 1980s. Erlang is known for its fault tolerance. Even it has high performance over a widely distributed system. However, today powers globally used apps like Whatsapp and Facebook.

With Elixir, Vadim developed a language to handle similar issues with concurrency for the web as Erlang had done for telecom. Developers like using Elixir, especially for applications that need to handle large volumes of information in parallel, like real-time chat apps or a large inventory supply system. Though it’s newer on the scene, it’s already proven its value for many types of apps with millions of users.

Most developers coming from an object-oriented language might take some time to get used to Elixir. The reason is, that it is a functional programming language. It uses functions and modules instead of objects and classes, and all data is immutable. Elixir is built to handle concurrent programs. As wellas is easier to test and debug than languages like Java and Python. Moreover, it is more maintainable than an object-oriented programming language.

Once developers are accustomed to Elixir’s differences, they tend to like that it offers the advantages of Erlang. It seems to be easier to write and read, due to clean syntax. It offers great documentation and is completely open-source. The ecosystem is well developed, with plenty of frameworks, libraries, and tools for testing and debugging.

One of the most compelling reasons for developers to use Elixir to develop software is scalability. Typically, after building and launching an app, in order to scale, developers have to add extra tools, which can be expensive and take time. Elixir, however, has scalability built into the platform. Because Elixir is able to run across a widely distributed system of multiple servers or containers, it can handle high traffic without the cost of additional servers. This scalability advantage makes it attractive as a development language for startups, many of whom are aiming for hypergrowth, and want to plan for that from the beginning.

Another unique feature is the way Elixir handles concurrency, thanks again to Erlang. The language uses the “actor model” of concurrency, where actors, or single-threaded processes, maintain their own state, yet can communicate with one another— all while not affecting the state of the other. This means it can run thousands of processes at the same time in the same machine while keeping these processes independent of one another. It’s possible to start software on one machine and continue to run it on a different machine, allowing it to scale horizontally.

For apps that need to handle a multitude of interactions from millions of users simultaneously, Elixir is a top choice.

Speedy — in the Right Situation

Elixir’s concurrency model means it can be fast in certain circumstances. Though it may not be as speedy as Go or Swift in general, the fact that it performs multiple processes works in parallel, and uses lower memory resources makes it faster in many cases. It handles concurrent work using threads, so compared to other languages handling thousands of simultaneous processes, it wins out.

Programmers also deploy Elixir app for the Phoenix framework, the most popular web development framework in its ecosystem. Phoenix, which is a lot like Ruby, is not only fast but easily maintainable.

In addition to concurrency and speed, Elixir has gained a reputation for its solid high performance. It handles systems that always need to remain “on”, and is known for literally never failing— a rarity in software development. And though it is performant, it doesn’t require the same memory as other popular languages.  Elixir’s individual processes manage their own memory.

Elixir is also highly fault-tolerant, much like Erlang. Developers like using it because one bug will not crash an entire application, because failures are contained in one process. And, if one process crashes, all others will continue thanks to supervision trees, which monitor processes to keep them running and restart the faulty process. In fact, Elixir developers often have a “let it fail” approach when there is a fault since it can be quickly repaired. This lets developers focus on the important tasks instead of fixing bugs.

Overall, Elixir offers the ease of modern syntax, the familiarity of Ruby, the flexibility to work with many cloud platforms, and the unique concurrency and scalability of Erlang. Being performant and concurrent has made it the go-to for many real-time apps. The applications such as Discord, as well as enterprise companies like Pepsi Co and Goldman Sachs. Elixir is truly an all-around powerful language, ideal for highly concurrent web apps and distributed systems. 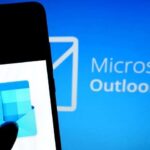 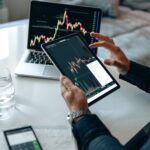 Next Story:
Is Sbxhrl The Best SEO Tools? All that You Need to Know About sbxhrl